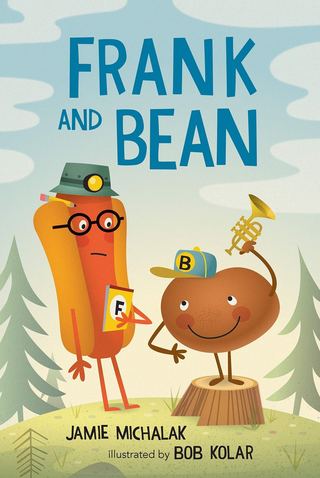 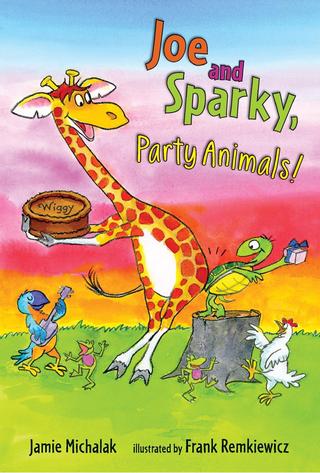 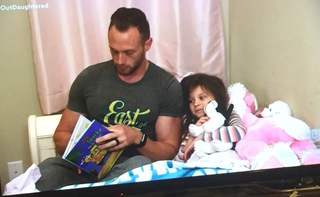 Adam Busby reading JOE AND SPARKY GO TO SCHOOl to Blayke
With a big bowl of popcorn, my family settled in to watch the season premiere of OutDaughtered on TLC. It's the adorable reality show starring a family of eight, including the only all-girl quintuplets in the U.S. and their six-year-old sister, Blayke.

I'd heard a rumor that a Joe and Sparky book might make a cameo appearance. After spreading the word, I sure hoped it was true.

Then THIS moment appeared on our TV screen, and holy cow--that's JOE AND SPARKY GO TO SCHOOL! My family did not play it cool, and instead whooped and danced and sent what was left of the popcorn all over the living room floor.

I love that the Busby parents make time to read to their daughter every night. (How DO they do it??) Thanks and happy reading, Busby family!
Read More
Be the first to comment

JOE AND SPARKY, PARTY ANIMALS!
The endearingly mismatched duo has their hands full when a party for a friend goes comically awry.
JOE AND SPARKY GO TO SCHOOL
★ "Makes a fine bridge from Amelia Bedelia to Ramona."

THE COZIEST PLACE
"A perfect book to help settle your youngsters down for the night or to . . . appreciate all the loveliness of home." —The Children's and Teens' Book Connection

SO YOU WANT TO CATCH BIGFOOT?
MARTHA SPEAKS PBS KIDS